The VEKA UK Group has presented its biggest EVER charity cheque, having raised more than £14,910.26 for The Encephalitis Society.

The industry-leading supplier’s previous biggest donation was an impressive £5100 for The British Legion, raised over a six-month period in 2014.

The VEKA UK Group chose to support The Encephalitis Society for a full year, rather than the six months usually dedicated to each chosen charity, after Head of Technical Mark Barsby was diagnosed with this condition, which causes swelling of the brain.

Head of Human Resources Gabriela Hammond explains: “The Encephalitis Society has become a very important charity to us here at The VEKA UK Group since Mark was diagnosed.

“Everyone has been so keen to support the work being done for those affected and their families, that we soon exceeded our previous fund-raising record!

“We’ve had all sorts of activities going on throughout the year, from three-day sponsored bike rides to ‘virtual’ bike rides on an exercise bike in the office! We’ve had bake-offs, cake sales, pin and bracelet sales, ‘wear it blue’ days, Christmas card donations and a sponsored Christmas Jumper day.

“Myself and a number of the team ran the Manchester 10k and there’s even been a company ‘waist watchers’!

“We’ve had a number of generous donations from customers including Modplan and Glazerite, for which we are very grateful. Members of Network VEKA also gave generously at the AGM and Business Centre Event.

“All in all, we’ve raised £14,910.26 and we’re very proud to be handing over our biggest ever charity cheque to The Encephalitis Society for all the valuable work they do.” 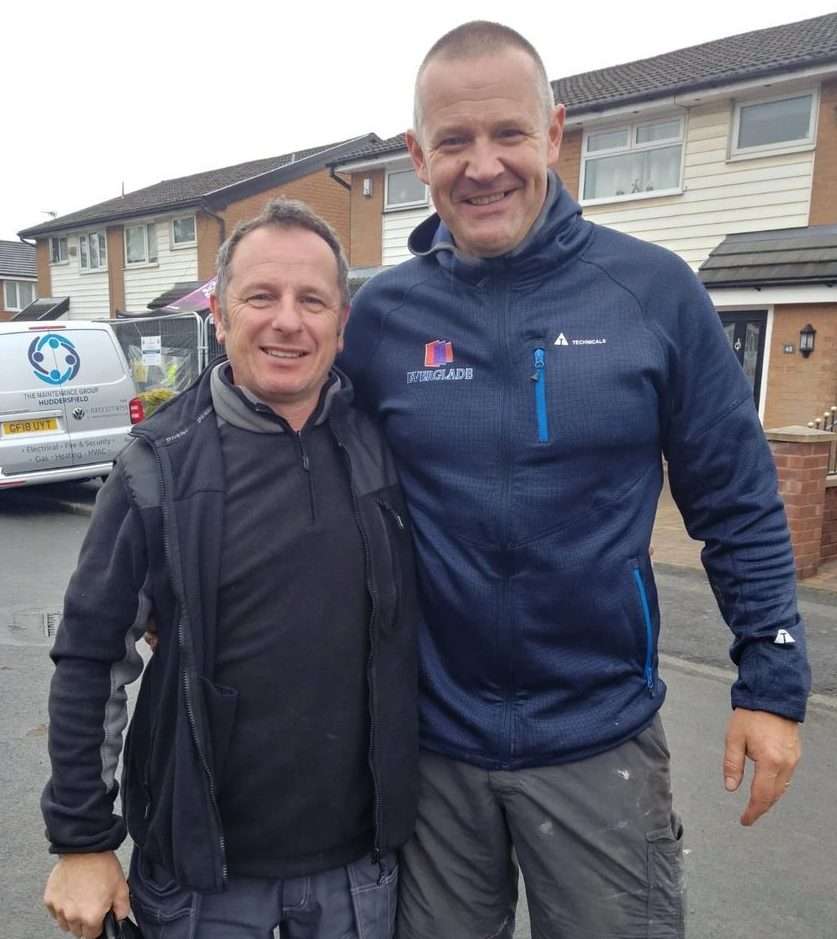